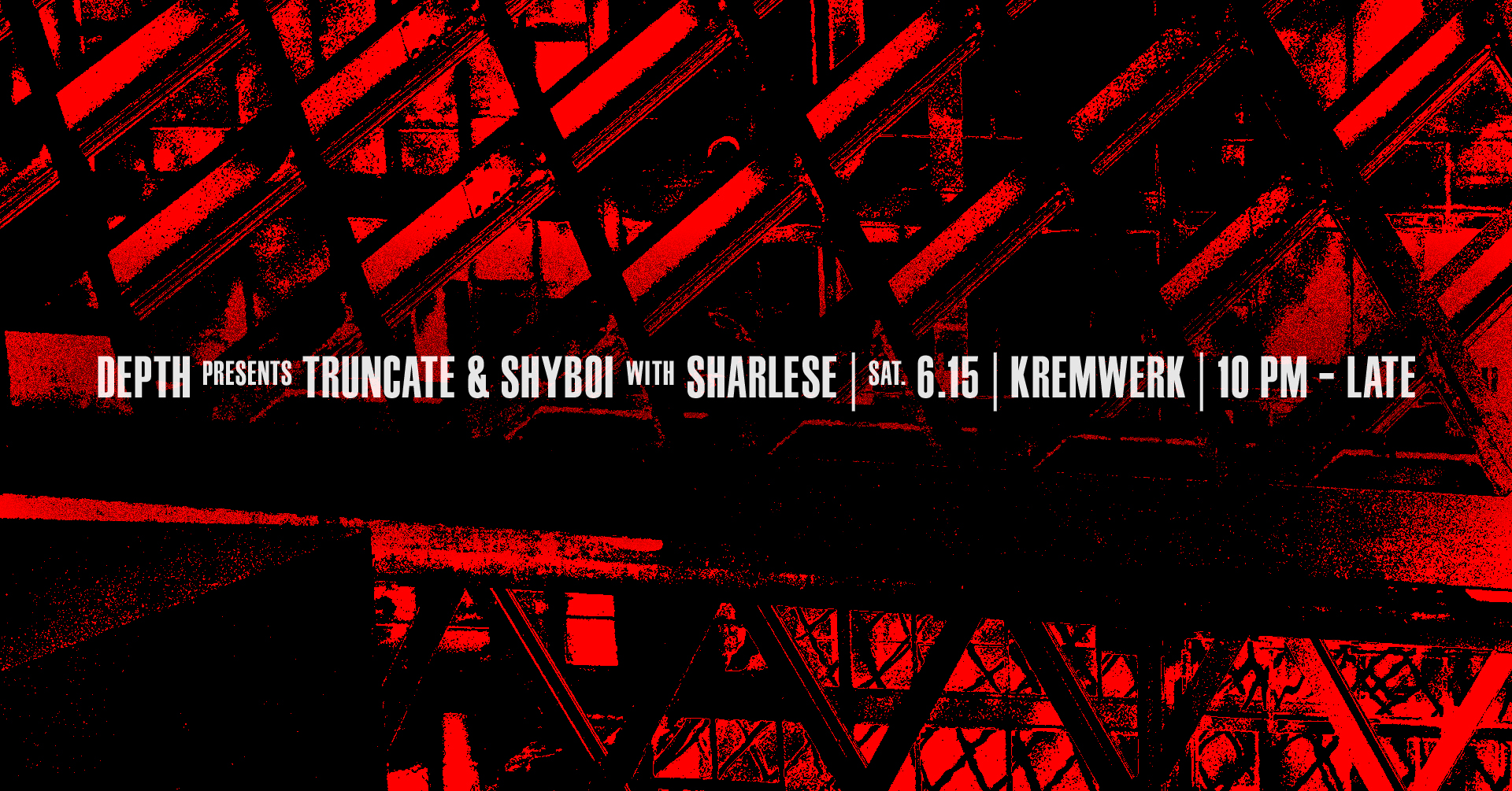 DEPTH Seattle presents an evening with...

About...
TRUNCATE
After being introduced to electronic music back in the early 90's in Los Angeles, a teenage David Flores was hooked. He started DJing across Southern California on the DIY warehouses, desert, and rave circuit. His style then was as varied as the local scene - a myriad of sounds ranging from house to acid to techno to hardcore. After a few years solely DJing, he began releasing original music under the moniker Audio Injection, which landed on labels such as Monoid, Stimulus, 4 Track & LA label Droid Recordings. His association with Droid Behavior began in 2003 and continues today as resident at the infamous and internationally acclaimed Interface event series alongside Drumcell and Raiz.

In early 2011, he started the project Truncate to focus on the deeper, raw side of techno. His Truncate releases have been gain critical acclaim from world class underground talent such as Modeselektor, Ben Klock, Marcel Dettmann, Chris Liebing, Speedy J, DVS1, Luke Slater, Ben Sims, Josh Wink, Eats Everything, Joris Voorn, and many more. Since then, he has provided remixes for artists across the musical spectrum including Kink! for Pets Recordings, Slam for Soma, Trus’me for Prime Numbers, and Josh Wink for Boyznoise. He has also released original tracks on 50 Weapons and on Ultramajic as a collaboration with Jimmy Edgar, with upcoming works due on Blueprint Recordings and of course Truncate.

A rigorous international tour schedule has followed, including included stops at the most prestigious venues and events, including Berghain in Berlin, Fabric in London, Concrete in Paris, The Movement Festival in Detroit, Womb in Tokyo, Dimensions Festival in Croatia, Awakenings in Amsterdam and Output in New York.

With his heavy remix, production and touring schedule there is still no slowing down for David. He continues to shape an evolving sound and to champion the Los Angeles underground.

SHYBOI
SHYBOI is a Jamaican born, New York based multidisciplinary artist. SHYBOI is the moniker she uses to cause sonic disruption. As a creative positioned between Caribbean and American culture, she uses sound to interrogate ideas of identity, notions of power, perceived histories and the entanglements that happens within these topics. She is also member of the queer artist collective #KUNQ whose ethos is centered around the production of multidimensional work through sound, visual and performance art while expanding the discourse surrounding the subcultures and genres that have become diluted or obscured in the name of hybridity. SHYBOI has three Boiler Room sets under her ever widening belt as well as two performances at MoMA PS1 and a sold out show at the Guggenheim. Recent sounds have been featured in Fact Mag, Thump, Rinse FM, MixMag, Resident Advisor and the Fader. 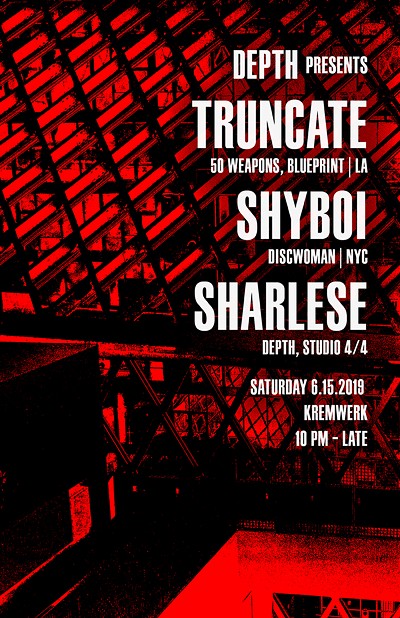