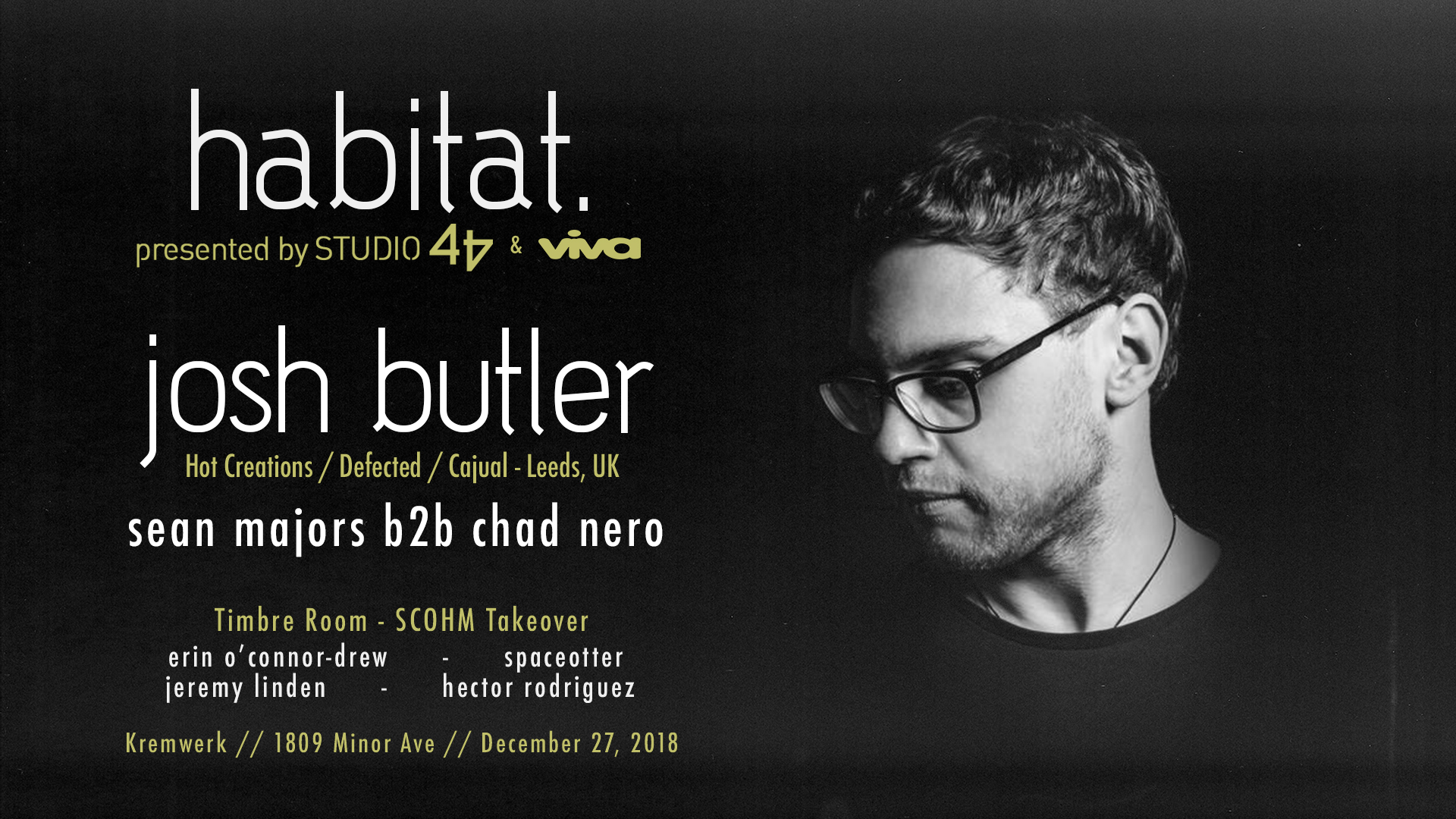 We were absolutely broken when were unable to have Josh Butler here in Seattle for his debut (visa issues) the first go around — but incredibly grateful we could reschedule on December 27th.

In a few short years, Josh Butler has made a name for himself as one of House music's most esteemed talents. He's released on some of the most prestigious labels - (Noir, Cajual, Defected) and remixed for heavyweights like Carl Cox. Between several industry awards (DJ Mag Newcomer Award 2014 & Beatport Song of year Award 2014) & frequent support from the likes of Jooris Vorn, Dennis Cruz, Pete Tong, & Annie Mac - he continues to deliver the quality that keeps us believing in his next moves.

Studio 4/4 started at Lo-fi over five years ago, since then we worked to bring the biggest names ever in house and techno to the NW. Artists like Richie Hawtin, Maya Jane Coles, Maceo Plex, Danny Tenaglia, Tale of Us, Claude Von Stroke, Hot Since 82, The Black Madonna, Nicole Moudaber, Green Velvet, Duke Dumont, Gessaffelstein, The Martinez Brothers, and Alan Fitzpatrick are among the 250+ international headliners.