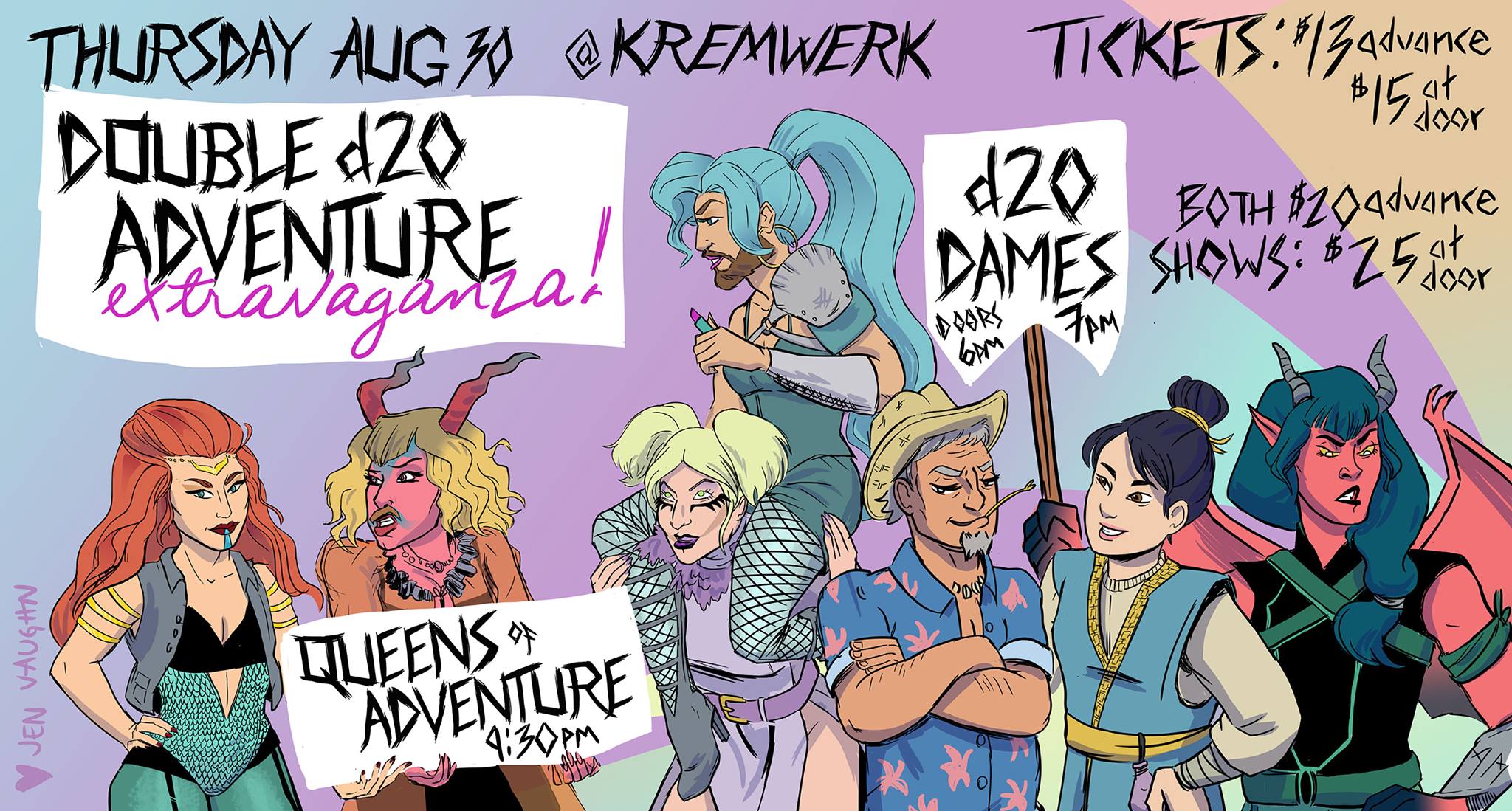 Dungeons & Dragons live! Two spectacular shows in one night — just in time to kick off PAX!

For one night only, the d20 Dames and Dungeons & Drag Queens roll the dice and improvise their way through two original adventures, played onstage before a live audience! It’s a night of real D&D — challenging encounters, thrilling combat, and hilarious misadventure.

Come to one or both of these interconnected shows, with discount double-feature tickets available! We’ll have a fantasy-themed photo booth on the patio between shows, so dress to impress or come in costume to get your picture taken with the casts of your favorite D&D podcasts.

If you’re into role-play, join us for a night of dice rolls, death drops, and drink specials to die for!

Doors open at 6pm, with the d20 Dames show starting at 7.

About the d20 Dames: d20 Dames is a tabletop storytelling podcast powered by Dungeons & Dragons. Every other week a group of five daring ladies comes together to explore a fantastic realm, befriend (or behead) monsters, and punch creeps.

About Dungeons & Drag Queens: Dungeons & Dragons & Drag Queens come together in original comedy adventures! This is the one-year anniversary of our first show, and since then we’ve hosted five sold-out shows full of luscious lip syncs, chilling challenges, and audacious audience interaction; and launched our podcast, Queens of Adventure. 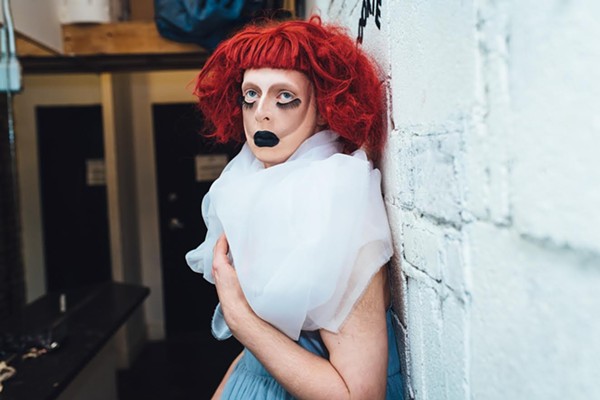 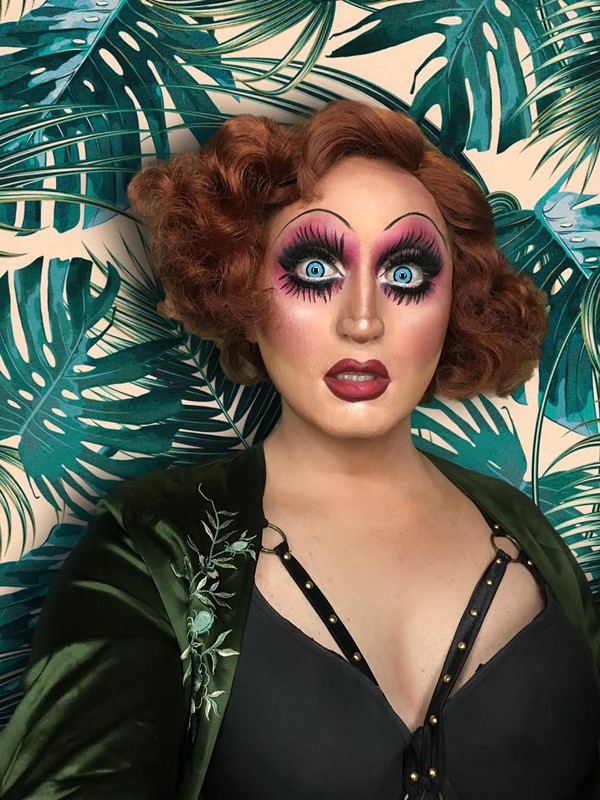 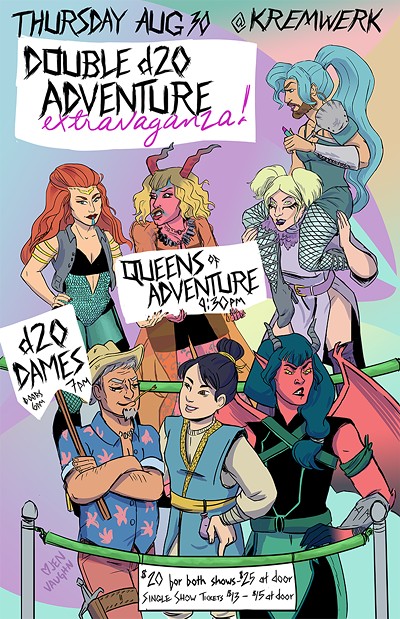