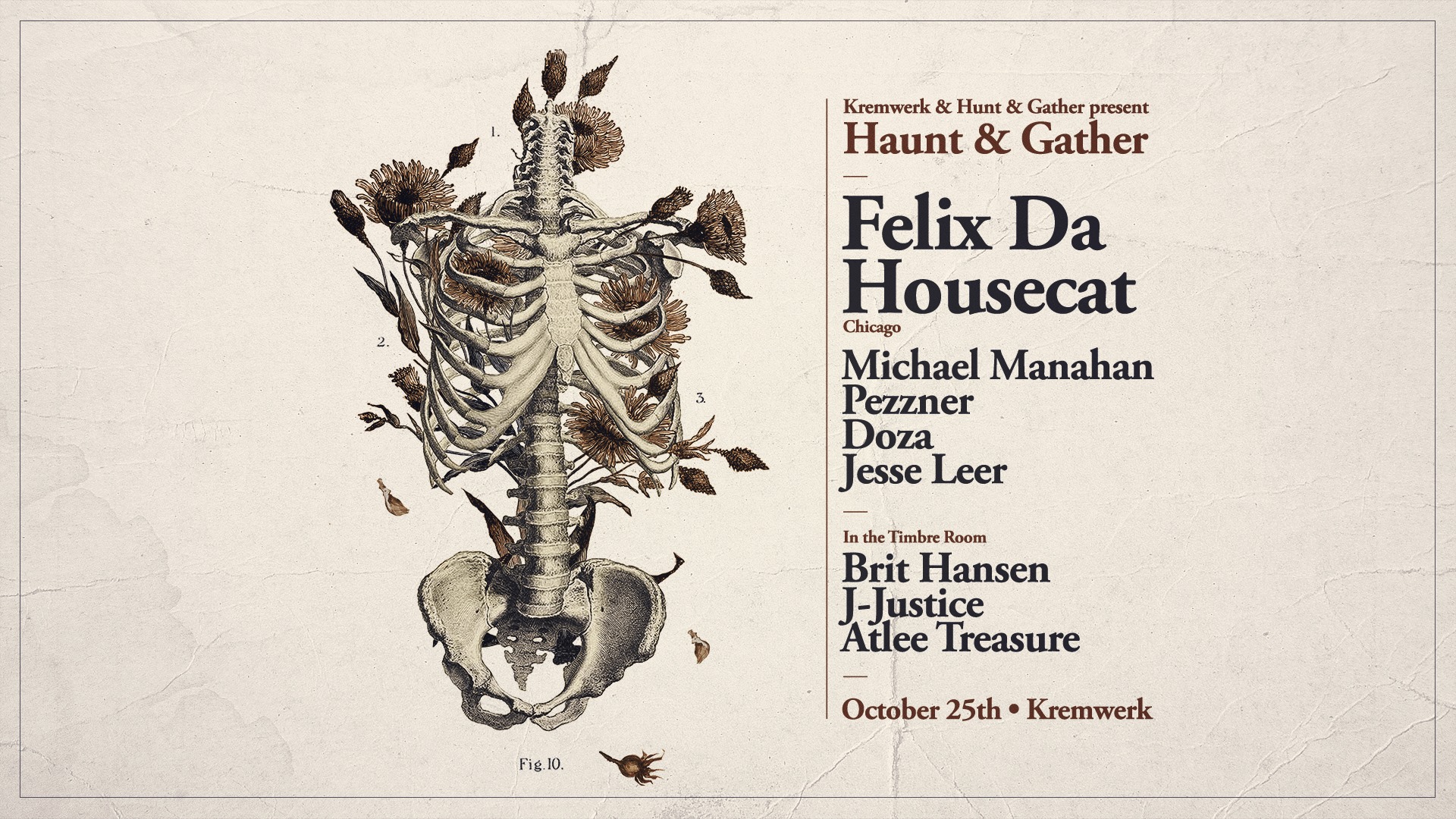 at Kremwerk & Timbre Room Complex
This event has passed.

When people lament about the history of house music, the focus always shifts to Chicago. Felix, as a member of the Chicago's second wave of house, is known more recently by his remix works for Passion Pit, The Chemical Brothers, Garbage, Gwen Stefani, MIke Snow, Mylo, Nina Simone, Petshop Boys, New Order, Fisherspooner and hundreds more.

The importance of his foothold in Chicago's 90's house music scene is underscored by his own label, "Radikal Fear Records" early releases by artists like DJ Sneak, Armando and Mike Dunn, but in the 2000's, it was his collaborations with Miss Kittin, Tommie Sunshine, Junior Sanchez and Junior Jack that pushed Felix into the mainstream. His 2001 Kittenz and Thee Glitz earned him best Album by the massive "Muzik Awards" helping to define the "Electroclash" genre and sent him on to remix hits for Madonna, Britney Spears and Kylie Minogue.

Support from your Hunt & Gather team